Our History | Wilson & Kratzer Mortuaries Chapel of the Mission Bells

“Growing with our community” has been the history of Wilson & Kratzer since its inception.

The business was originally known as Smallwood Parlors when Aubrey Wilson purchased the business which occupied a 25-foot store room on Macdonald Avenue near 8th Street. In 1921, Aubrey Wilson acquired the property at 7th and Bissell, and with the investment funds from his partner C.C. Kratzer, a well-known automobile dealer in Richmond, the name became Wilson & Kratzer Funeral Home. In 1926, Aubrey Wilson was elected coroner of Contra Costa County. 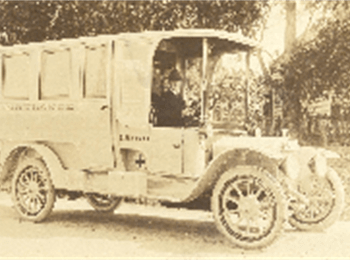 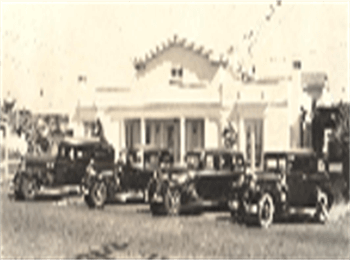 In an article written by Aubrey Wilson in 1926, he said, “The funeral home idea on which our own place of business is built is the newest idea in the methods of funeral conduct. It is based on the belief that the old fashioned gloomy exterior and interior of a funeral parlor was not in keeping with the best ethics of funeral direction. The modern work of a director is to comfort as well as bury. If he is to be a success in this difficult task, the whole of his establishment must minister to the desired end. With these ends in view, the Wilson & Kratzer funeral homes embodies in its exterior and interior an atmosphere of home rather than of office or shop. When you enter our facilities you are immediately struck by the quiet dignity of our establishments.”

In 1930, Aubrey Wilson acquired sole ownership. In 1943, he relinquished the reins of management and placed them in the experienced and efficient hands of his son Francis L. Wilson in co-partnership with his sister Mrs. Audra Brown. Francis Wilson served as the Deputy Coroner of Contra Costa County from 1942 to 1965.

The next mortuary was built at 616 San Pablo Avenue in El Cerrito. Francis L. Wilson, son of the owner, assumed charge of the El Cerrito mortuary. 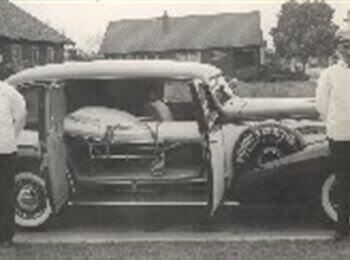 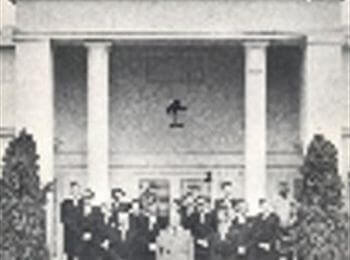 On April 28, 1950, the Mission Bells Chapel was opened on San Pablo Avenue in San Pablo as a combination wedding and funeral service facility with over 10,000 sq. ft. The exterior of the chapel is California redwood. The interior of the new chapel is made of rough-sawed beams and combines early California designs of the missions with 1950s architectural styles. The Mission Bells Chapel was designed by local architect Donald L. Hardison and the contractor was George Tandy and Son, who also built Richmond Union High School and more.

In 1957, the new Civic Center Chapel was completed. Both the Mission Bells Chapel and the Civic Center Chapel were designed to be both funeral and wedding chapels. It was designed by Richmond architect Donald L. Hardison and his associates Harry B. Clausen and S. Richard Komatsu and built by Crocker Tandy, General Contractors (James S. Crocker, Dair A. Tandy and Wm. J. Wheatley), decorated by Rouse & Boivie. The original structure had more than 23,000 sq. ft. and 20 rooms. Civic Center Chapel has two chapels, of which the larger, the north chapel, has a solarium of plants and lighted with specially made stained glass windows. Each chapel has an L-shaped floor plan, the shorter arm of the “L” providing private seating for family members. The visiting rooms were (and are still) named, the Mahogany Room, the Walnut Room, and the Laurel Room, each with its own characteristics. 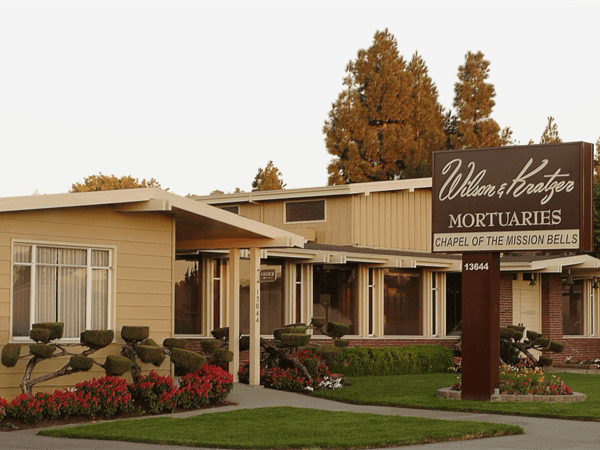 You are welcome to call us any time of the day, any day of the week, for immediate assistance. Or, visit our funeral home in person at your convenience. 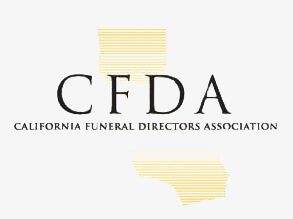 About Us
Testimonials
Meet Our Staff
In Our Community
Our History